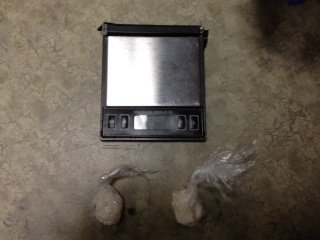 She was so angry at herself. She said she would not do this anymore. It truly felt dirty. But…well no buts…but..she is 16 and has a baby to feed. She thought she had it all planned out. Have the baby, leave the streets behind her, and get a “Real” job. What she never thought about was the fact she had no GCSE’s, no experience to go with a real job and no child care.

So here she was again. Shotting. She shook her head angrily to herself. Her son was going to be one next month. She had so much to pay out. The gas bill had come in. How can a 16 year be expected to run their own flat she thought.

This time was different, swear down. This time she was only doing it for a few weeks to get the money together . Her stomach dropped when she thought about it. Living in a flat on your own with a baby at 16 was the hardest thing she had ever down.  “Shut up, get on with it init” she muttered under her breath to herself.

As she spoke aloud He looked up. “What” he said in his deep accent. “Nothing, chatting to myself” she replied angrily. He threw his head back and laughed a deep belly laugh. “That’s a sign of madness, talking to yourself” He chuckled away as he weighed out gram after gram of crack cocaine on the scales. She didn’t smile. She didn’t play along. Bun that.

She started to think that the up side to this…if there was an upside…was that she couldn’t really get into debt this time round. After last time…when it all went wrong…she shook her head again quickly, trying to get them demons out.

He looked over and frowned “You ok” he said, stopping what he was doing. She didn’t answer, just looked at him and kissed her teeth. He smiled “you know, I think you’re the only person in the world who gets away with that”. He held her eye contact. His face was smiling but his eyes were not. She screwed up her face and said, “Don’t look at me like that you idiot”. She was not intimidated him. Everyone else on the ends might be scared of him. But she was not. And boy did he know it. He threw his head back laughing again and carried on weighing up. All just a big old joke to him, she thought to herself.

She looked around the flat. She looked at all the family pictures dotted around. Mostly happy faces. He turned to her now, serious. She knows this was serious so she dropped the attitude. “Ok Blondy” he said in his strong Italian accent “Take this to J and this lot to the Bando” he pointed at the two piles of crack on the table, all wrapped neatly in cellophane. “This” he said pointing to 20-30 wraps of crack on a tray “This is for you to sell; all profit is yours as always. Just make sure the other stuff gets to the boys”. She nodded with a bored look on her face. She placed the two parcels for the others in her back pack and reached over to her pile. She placed 10 rocks in each of her socks, he watched her silently rolling a joint.

She reached for the last 10. She picked up the first rock, intending to place it in her mouth, tucked up in her cheeks, ready to be spat out into her hand if she saw a crack head on the way. He knew this and put his hand up. She paused. “You know why your so good at this” he said, gesturing his hands to all the different drugs he had around him, all to be sold. “Because I don’t eat the food” she said with a look on her face like she had just smelt something bad. “not eating the food” meant that she didn’t take drugs.

He nodded and said “Yer, but also because they know I will kill them if they fuck with you”. He was not smiling. She was not smiling. She knows he means it, he would actually kill someone if they robbed her. He would kill them if they tried to rob her. This meant nothing to her. “You could just give me the money, if you care so much” she said, slightly quietly than she meant to. His eyes fired up, his face darkened “Why should I, I had to work as a kid..you have to work…its life”. Her face now darkened. She had been “working” since she was 11. “Isit…let’s hope mum don’t find out that I am shotting for you then init”. She slammed the rocks of crack into her mouth, pushing them behind her teeth, tightly wrapped in the cling film for the next customer, and stood up, fighting back the tears. Her dad looked at her. He held her gaze..and then looked away. She started to walk out the flat, passing a picture of her own son, his grandson, laughing whilst sitting on the grass in Battersea park.

“Blondy” he called as she walked away..his tone was soft and she knew he was “sorry”. She just kept on walking. she had a job to do…