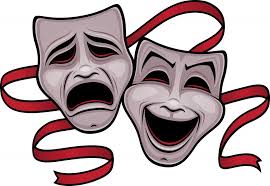 I do love a good guest blog, ones that just spill out of nowhere. Today’s guest blogger was created on the off chance. We had a conversation that triggered something in me to say…you should write me a blog…..both of us knowing that it would be deep and raw .

My relationship with today’s blogger is hard to describe. Its like we have always known each other yet we don’t know each other at all. Not really. When we met it was like a silent nod passed between us….a nod to say…Yes, I see you…you have been through some shit to my friend. Its never really been discussed between us…we just kind of know

So I said…write me a blog…and they said….what about? And I said…. about the dramas in your life…

Always a drama, never an ending

‘Write me a blog’, she says. Sure, easy enough, I mean it’s just words right? Just the retelling of an event, no drama. Except there is, or was drama. There was always drama, so where do you start? What do you talk about? Self-reflection is not an easy thing. Sit me down with tea and cake and I’ll tell you my life story (no filter), but to condense something into a blog? I dunno.

The babysitter holding a Stanley blade telling me ‘cut my leg, or I’ll cut you’. The other one, who liked to take me to the basement. The recklessness, because excitement seemed safer than reality. It wasn’t all bad, I was loved, I was definitely loved. I was very good at hiding things, emotions, bruises, truth. I learned to copy others behavior, those who I thought were the ‘normal’ ones, because I thought nobody would be able to tell what was really going on.

Its funny, as an adult, my life, although full on and constant, is safe and secure and happy…yet I’m like a quivering ball of anxiety at times. I never had fears when I was younger, would throw myself headfirst into anything, the riskier the better, and it never concerned me…now, it’s like if every eventuality isn’t planned for then I cannot function. I need constant reassurance, not from those around me, just from myself. Constant lists and notes and reminders. Constant supplies of all the things I might need. Teenage me would think nothing of blindly drinking, smoking, taking or eating whatever was put in front of me, without any fear or care of consequence. Maybe it was because reality was already so full on, I didn’t feel that anything I did could make it any worse. Maybe I just didn’t care.

Now things are different. Now things are calm. Secure. Safe. But there’s still that part of me that longs for a bit of recklessness, at the same time as dreading any change from my routine. A complete contradiction, and bloody tiring in every way. To think that our childhoods do not change us, shape us, scar us, is a naïve and ignorant attitude. Who I was and what I went through as a child, and subsequently my early adulthood, has directly impacted me as an adult, and I have to work hard every day. But you know what, you deal with it. You might go home and cry. You might cancel plans last minute because socializing for the sake of it is just too exhausting. You might panic eat the last piece of pie or the leftover sausages. But you do surround yourself with the best people possible. Those who just get what you’re going through and accept it without judgement. Those who can pre-empt what you’re going to do or say before you do it, so it makes it easier to just be. This isn’t a pity party, just a bit of cathartic waffle.