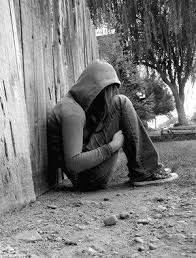 I have been here before. Many times.

I have a 12-year-old girl sitting before me with tears running down her face, her sobs filling my room. I am not sure just yet why she is crying, we have not got there just yet, but I know she is about to tell me.

A week ago, this girl was screaming and shouting at everyone, it has been going on a while, her behaviour. She will not listen to anyone, attacks everyone verbally, runs away and says she does not care about her selves or others. People had started to avoid her, and I can’t say I really blame them I guess. I personally, up until a week ago, was not involved with her. I don’t work like that. Some practitioners will reach out immediately, come up with plans and ways to engage, and sometimes this works. Some practitioners wait until a child is referred to them and then start intervention, and sometimes this works.

Me…well yes, I do have young people referred to me and it obvious when they arrive why they may need my intervention but the ones that need me the most, the ones that think they don’t need help, well…they find me.

So, this girl, kicking off all over the place for a few months and I have just been watching from afar. Then, she seemed to be around me when this kicking off happened quite a lot. I still didn’t get involved. Then, she really got my attention. She barricaded my door, so I couldn’t get in my room. I pretend to be not happy about this and said that this was not acceptable blah blah blah and went to my room. And waited. She eventually tired herself out and sat on the floor, people around her trying to make her see sense. This was my chance. I casually walked out of my room and instead of standing and telling her anything, I sat opposite her in the corridor. She looked at me not quite sure what was happening. She told me to go away and swore…a lot. Said she did not trust any adults and never would. I let her go on for a bit, not saying a word. Then I simply said that I was sorry she felt let down. She looked taken aback by this but didn’t say anything. I then said…

“I know something is wrong, that you need to tell an adult that something is happening, and that’s ok, if you want me to help you then you know where I am”. Then I got up and left. I didn’t see that girl for a few days but when I did myself and a colleague sat with her and spoke to her about how her behaviour is not acceptable ect. All the stuff she had heard a thousand times. She just nodded and didn’t look interested. But we knew this. Then we threw in a curve ball. We told her that we knew that she was a kind person and didn’t want to behave like this. That is must be hard work being angry all he time. We then said that we were here for her and even if she left the room, kicked off and run off, we would still be there for her. We said that her behaviour was an issue and could not continue but it didn’t change how we felt in regards of supporting her and being there for her. And we meant every word.

Her bottom lip wobbled a bit. And this was my chance. My chance to empower her. I said that what ever it was that was happening that was making her so angry was not her fault. That no one had the right to make her feel like that.

I had no idea really what was happening, but I knew that someone was making this little girl very unhappy. It was strange to see this girl who is usually so angry and wild crying and looking her very much 12 years. Her head was down, and she wasn’t saying a word. I don’t really get emotional when my young people do. Its not that I am cold to it, fa from it, but I have learnt not to absorb the emotions. Then she whispered, “Can I tell you something miss”. I nodded. And she said, “My daddy says I am a slag”.

I just sat there, staring into the eyes of a tearful child, big brown eyes, filled with tears. One blink and they would fall. I leant forward, and she looked away. I asked her to look at me and said I had something important to tell her. She didn’t put her head up but looked at me from under her hair that was now slightly across her face.

I said that no one had the right to speak to her like that. I told her I said that she was not a slag and her Daddy should not have said that to her.

And then she cried. Her sobs filled the room and they felt like they were right in my head.  In my heart. I have seen many things but watching a 12-year-old child sob and ask why her Daddy calls her a slag…. well…. that cut somewhere deep in my sole. A new scar that had not been there before. A new hurt that I had not felt.

The worst part. This, and other things, happened whilst her mum was present. Imagine that, the one person who should keep you safe, watches why your Daddy calls you a slag.

After, once she had told us about like at “home”, just before we excused ourselves to start the wheels in motion to make sure this topped, we asked her how she felt now she had told us. She said scared in case he found out. But she said she also felt different, she said she felt like worry had gone. She physically looked different. Yes, she was all red and blotchy, bit the angry brows and look of disgust was gone from her face, when we offered her a chocolate biscuit she smiled. I had never seen her smile.

Her journey is ongoing. Her story is still being told. But I hope she will always remember that no one has the right to make her feel like that. Her mother should have been the one telling her that.

So, people, we can’t change that little girls mum or dad. But we can raise our girls up and tell them, weather they are our daughters, nieces, sisters, mums, friends, young people we work with… we can make sure that they know that NO ONE has the right to call them names like that. To speak to them like that. To make them feel like that. Remember …you may be the only person in the world…ever…to tell them that.