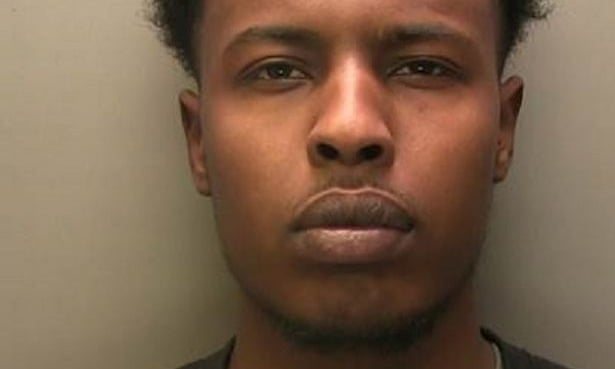 Right, lets just get down to it shall we. This blog is going to cause a stir, so we may as well get on with it. When this was announced, I had so many messages and posts asking me what I thought. 3 radio stations and a several News programmes asked me to give an interview on my feelings around this. I refused them all and have not made comment until now. And this is why.

Zakaria Mohammed, aged 21, is Britain’s first county lines prosecution. What do the police and the government want!!! A Blue Peter badge!!

County lines has been going on for..well… I can personally vouch for over 24 years. 24 YEARS. God knows how long it was going on before that. Children…. boys and girls…used as drug mules to run the line.

No …wait…like I just said, lets get factual here. Children and young people exploited…trafficked…abused…. traumatised…beaten up…rapped. For years and years. Countless meetings and conversations for years about if county lines are real and who us at risk. Pointless meetings where people who have no real idea have sat and debated if county lines is an issue.

Let’s get some questions going. If anyone in the government or the police would like to answer these or if someone wants to enlighten me…

That’s it, just 2 questions…How long have you known and what have you been doing about it?

Wait…There is another point I need to raise. This one makes me feel a little sick, as everyone is posting about this “Landmark case” on social media and talking about it on the radio.

How come he has been convicted for breaching the Modern Slavery Act? Why is there not an Act that is based solely around county lines? If we are now FINALY agreeing that there are a county lines issue and that people need to be prosecuted, then why is there not an Act or law to support this. I see that the trafficking aspect would be attached, but what about the daily threats and abuse that is also attached, the planned robberies on trains so that the victim not only gets robbed but is also in debt to the drug dealer. What about the physically affects when they make you plug wrap after wrap of heroin or cocaine in the deepest crevasses of your body. What about all that?

Mohamed had been watched for some time and was seen with several different teenagers. Properties associated to Mohamed where raised and children found there, some of them missing. Can you imagine what may have been happening to these children and young people during this time? Can you imagine how many other abusers are out there now making people go country right now? How many have passed through abusers’ hands over the years and years this has been going on?

I am sorry if all that I have said offends anyone. But as a victim of county lines, as a survivor of what I had to go through, the sleepless nights in crack houses, the fear that this time you would be robbed, the sexual advances of power hungry drug dealers…I am sorry but for the first arrest to take place in 2018…that’s not a land mark case to me. That’s a failure of the system, another example of how our children are being failed.

I respect the fact that something is finally being done. I appreciate that people want to applaud this and think it’s amazing that people are being arrested around county lines. Sadly…this is not the first persecution around county lines. Hundreds…..thousands of children and young people have been arrested for their involvement with county lines for many years. 14-year olds found in trap houses with thousands of pounds of drugs. 15-year olds caught at train stations after being watched by police, carrying hundreds of pounds of weed. Thousands of children and young people imprisoned, charged, and spending their lives with a criminal record attached because they have been arrested for committing a crime when in fact they were the victims of exploitation and forced to run on county lines.

Not all…but most. Most children who have been arrested and their crime was connected to county lines…most are them are victims of exploitation. People may not see it like that and as I have said before, someone can be a perpetrator and a victim at the same time. But it’s the truth.

Britain’s first county lines prosecution, you will have to excuse me if I don’t join in the celebrations. Too little too late in my opinion and not good enough. Not by far.