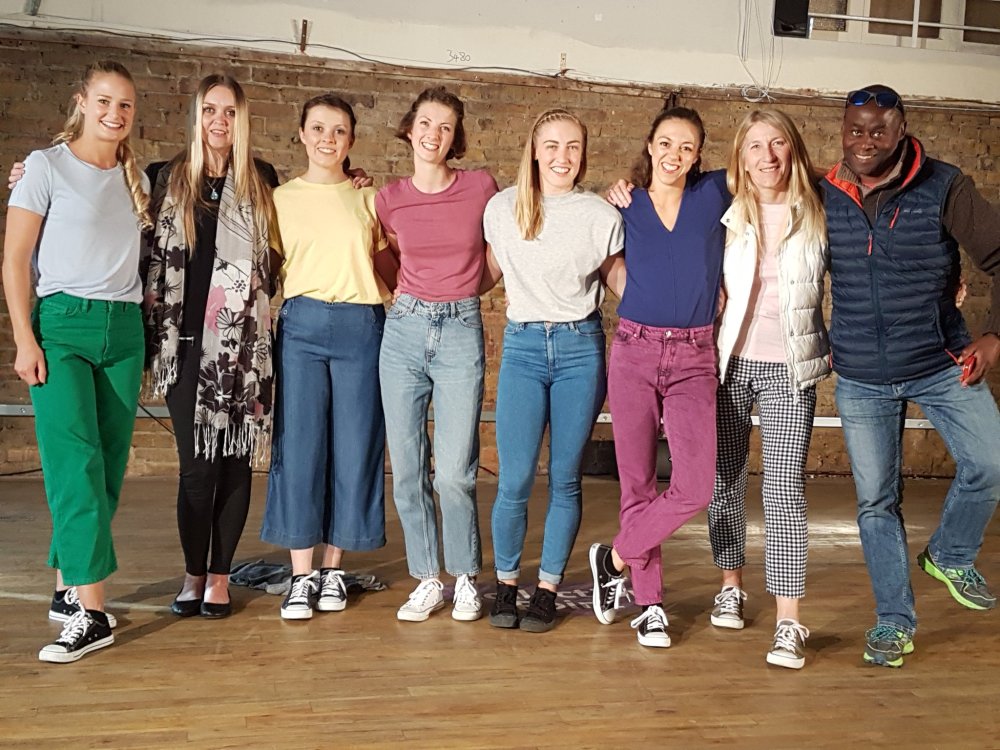 A few weeks ago, I received an email from a lady called Natalie asking if I would speak on a panel around trafficking and exploitation. She explained that it was a dance production that outlined the impact of trafficking and exploitation on women . She said that it was being recognised that this is an issue in Kent (at least some people are on bored) and that they wanted to show their production where it was needed most. Natalie said after the performance I would then be part of a Q&A session.

The morning of the show I decide to google “The Natasha project”. Now, I have lived a sheltered life in some ways. I may have been exposed to many dark ad dangerous things but there are many things that I have never experienced until I was older. I flew for the first time when I was 28. I have never been to the opera. I have never been to a spa. And I have never seen any kind of contemporary dance. And this is what it was showing me. A shot clip of people dancing around.

I felt confused. I almost wondered if this was mockery of exploitation. Not intentional you understand, but I have been to many shows and plays where they have tried to act out gangs and exploitation and it has been nothing short of shocking. Not enough research done, not enough time spent on the production, trying to use streets language in the wrong context. I have seen so many performances do it so wrong.

So, I was …. hesitant when I arrived for the show. I was introduced to the dancers and other people involved. The dancers were 5 young girls. Pretty and innocent looking. All well and good, I thought, but I wonder what they know.

I am not going to go into any detail about the show. Just what I thought about it. Telling you about it would ruin the experience. And trust me…if you don’t see this show then you are missing out.

And the most real-life representation of my own life I have ever seen.

From the first minute, when I realised what the dancers were doing…almost lulling the audience into a false sense of security I was gripped. I felt like I wanted to stand up and scream “CAN’T YOU SEE WHATS COMING” whilst those around me were laughing were they were meant to and going along with the dancer’s twists and turns. Nd then it suddenly took a dark turn. Just like that. You could hear the gasp from the crowd as they released the fun and games were over. Just like it is when you are being exploited. Its all fun and exciting and you feel you are in control and then BANG…it changes and you’re not sure what to do.

The show covered so many different forms of exploitation and trafficking.

There is one bit, when one of the dancers is on the floor, turning and fighting. I can’t go into it, but it made me feel physically sick. I was there with her in my minds eye. The dancers are very vocal with the pants and gasps and in this one scene it was all too real for me. I could feel tears burning my eyes and I started gulping. A true sign I am about to be sick. But I couldn’t look away. Her gasps and grunts filled the room and it was like I was there again. And just like that it had moved onto a new scene and I was left breathless in my seat, no time to recover as they were now acting out another scene that was too over familiar for me.

The scene at the end…if you go..no WHEN you go and see this show… just wait for the end scene. I wanted the show with my best friend Anne Lamb and when the last scene happed…. I knew she was thinking what I was thinking. That was us once upon a time. I fought back tears and prayed that she did not look at me as I would have broken but she didn’t. Anne just kept watching what was happening before us.

When the show ended, people got out of their seats and were applauding. Damn straight they should. I wish I could of. But I was exhausted, exhausted of just watching parts of my life…parts of millions of young people that are involved in trafficking and exploitation….being played out before me.

The show was performed in an abandoned building on Margate high street and as the show was being played out, every now and then the noise from outside intruded on the show. There were some children laughing and running, a motor bike going past, people shouting. And that’s the bit that made me feel the sickest. Because whilst these girls were only acting out the abuse and suffering that people face of a daily basis, when abuse is going on, when it is just you, a mattress, and an abuser…the world does just carry on outside. An abused child or young person could be going through the most horrific abuse and here people laughing and chatting outside, almost as if this is a secondary abuse being afflicted on you. That you are so useless and pointless that people don’t care what is happening to you. Of course, I know now that this is not true, but it just reminded me when them everyday sounds were in the back ground of the show. Not intentional and may not be present when you go…but for me…a killer.

Then I was on. I was recovering in my chair and I was asked to go up to speak. All the dancers sat down with the two people from Stop the Trafficking. There was lights and all these faces, and I felt like I couldn’t speak. Not after that. I didn’t have the strength.

I did speak and made my point clear. This is happening right here right now. People are being exploited no more than 5 minutes’ walk from where we are sitting I would think..and we must act.

After the show, after I went home and said goodbye to my friend, when I was laying in bed alone, I cried. I cried because they got it. The people that wrote The Natasha project, the people that acted it out. They got it. They were able to betray the fear and the anger and the repulse and the frustration and the pain.

And I cried. Because I know that things are going to change for the better. Just watching this show will make you get up and do something about the exploitation taking place in our society.

Go see the Natasha project. It will literally save lives.