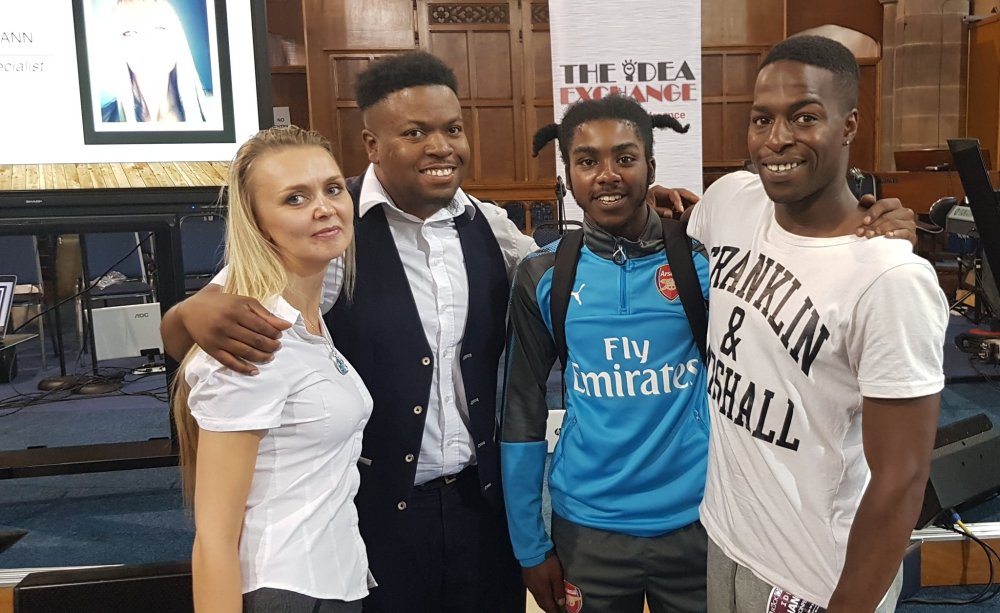 I put a blog out last month talking about how hectic my week was and all the things that had happened during that time. I clearly remember thinking….wow…you won’t have many weeks like that.  But these past 7 days have been so emotional, so draining, so rewarding and eye opening that I must talk about it. But, due to the nature of my job, there is lots that has happened this week that I can’t talk about due to safeguarding and such.  But where to start? I have had a couple of comments that my blogs can be quite lengthy. But what can I do? I have lots to say 😊

So here is your chance, just go and do something else…lock this off, because we could be here a while….

It was my son’s birthday yesterday. I always have high emotions around his birthday. 22 years old he was yesterday. That means that 23 years ago I was in a situation that meant I no longer cared for myself or others. I was on self-destruct mode and was doing a pretty good job of this.

I love all my children equally. Of course, I do. No if or buts about it. My first son, however, allowed my heart to open so that I could fully love all my children after that. I have spoken of it many times, but I will always say the same thing. The day my oldest son was born my heart beat for the first time. Before that, I just existed in place that … I needed to exist in. Wait, let me rephrase that. I existed in a place and in a way that I had to survive. And then he arrived, my heart-beat. And I have tried my best from that day till this second right now to ensure that none of my children had the life I did. I watch my children grown and achieve things that I was unable to do. My sons are at uni. That was never a option for me at their age. In fact, attending full time education cessed as an option for me when I was 14. For his birthday yesterday, we decide to have a BBQ and invite his friends over. Its been a crazy week as I said, so by the time Friday (yesterday) came, I was slightly…. stressed… shall we say. My son’s girlfriend was left in charge of sorting the BBQ and my plan was to leave work early and join the BBQ when I got home.

I had also been invited to speak in Birmingham at a gang and CSE conference on the Saturday.  The information exchange was the title of the event. And it was taking place in a church. Most people that are close to me will know that I go church very rarely. I lost my faith as a child and replaced it with the streets.

So, to attend this event I would either must leave the BBQ around 7 yesterday evening and stay in Birmingham overnight or leave at 5:45 this morning. I was feeling the pressure for all different reasons so contacted Errol, the event organiser and said that I may need to pull out. I was just feeling overwhelmed and did not want to talk in a church. I started to almost hate the thought of going.

I decide to go the night before, then I changed my mind, then changed it back again. Once again, if you know me you will know that this kind of behaviour means that I am having a break from my ADHD medication and that my mind is crazier than usual.

So, back to yesterday, I am at work. My cab is booked, and I am leaving early. I can almost smell the jerk chicken that I had prepared two days before slow cooking on the BBQ in my garden. I start getting my stuff together and I get a call about some of the young people that I work with. I left my office and went and spoke with the young people and very quickly I realised that I was not going home any time soon. I can’t talk about it but all I can say is that it was a quick reminder of what happens when shit gets real. I informed home that I would not be home soon and well…I did what I do best. By the time I got home I was drained and emotional I felt empty. I wanted to go home, have a bath, and go to bed. Maybe have a little cry. But I couldn’t, because all my children were home with their friends having a birthday party that I wanted to be part of. So…as I often do…as I got to my front door I put on my home head. Within 10 minutes of me being home, as with any family party, there were tears, an argument or two, things needed cleaning up, people needed me to do the thing I do best…be mum. And I loved in. Within half hour I was in my element, surrounded by lots of people I love and care about. Laughing and joking (Is it cool for mum to be at her 22-year-old sons party? I am not sure but there was jerk chicken and rice, so I was in). This ended in me being nothing short of a counsellor for the evening.  I have no idea why, but people like to tell me things.  I finally got to sleep about one and the alarm was buzzing at 5:30…. nasty.

Would I change it. No. The bonding that took place between everyone at my son’s party was lovely. To see my children having water fights, singing, shouting, playing games, shouting, eating, and shouting is something that just happens. (they would not stop shouting…am I getting old?).

So up at 5:30 and on the train to Birmingham. WOW. That is all I can say. I defo felt the weight of the week hit me on the first train journey. I started asking myself why I was even doing this. That I needed sleep and I needed to rest. It takes me 4 hours to get there and I feel stressed and low. But the second I get into the car of the lady who has come to meet me, I then went on to have what may be one of the most surreal days of my life.

I was one of the speakers. The day was …amazing. Part of the event was two young men that are still active on the streets taking part by performing their music and then being part of the panel. Both killed the game. These boys were FRESH off road. Their Birmingham accents were strong, but to look at they were just like many young people I have worked with. We sat down for the panel part and one of the young men just caught my eye as he sat down, and we gave a nod of mutual respect. I have tried to explain this nod before. You know if you see someone in say…wearing a top to show you support the same team, and you may catch each other’s eye as if to say…I see you and I respect. I get that when I see another person who is truly from the roads. All ages, sex, colour. Its just a silent acknowledgment.

Anyhow, we nod and then the panel gets going. This boy from the ends starts talking and I can’t explain how I felt. He was talking so raw and so truthfully about his life that it was like air being breathed into the room. His words were like hearing the past me talking. I decide to follow on from something he had said that was powerful and I said, In front of the church full of people “What’s your name”. He said his name and it was the same as my son. I said how old are you…he was the same as my son!

And for a hot second I felt like everything stopped. I looked at him and I could not hear or see another thing in the room. For a hot second. Because here, in front of me, is what my son could have been. If he had not been raised by me. If he had been raised LIKE me. Sitting in front of me was a clever, talented young man. Just a coincidence that he is the same age and name of my own son, but it was like I was being shown…what could have been. We exchanged a few words through the day and at the end he was hovering beside me and then said “Yes Kendra, I’m glad I meet you today. Its always good to speak to “Real” people.” And then he hugged me. I knew what he meant by real. I also knew that to hug me instead of bumping fists as he had done with others was a Hugh mark of respect. I asked him what he was doing for the rest of the evening and he simply said,

I have been struggling with many things just lately, but you know what, this “Road man” put fire in my belly. He didn’t ask me for nothing. He didn’t ask what I could do for him. He didn’t want anything other to be heard and to acknowledge where we have both come from. Even if it is in different decades and different counties.  We still speak the same language. He spoke words of wisdom that even fully-grown men would not have been able to speak. He had a wisdom…a knowledge of life that was beyond a man of his age. He was real. He was the true voice of the street right here…right now.

Attend Errol Lawson’s event yesterday in Birmingham has remined me of where I have come from, why I am here and where I am going.

I am not religious (or am I). But these words were spoken by one person yesterday and they will always remind me of this young man.