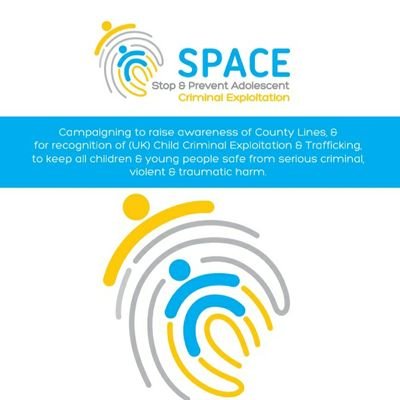 Episode 23……..This is an audio only interview

You are about to hear words spoke with such conviction and power that it will start a fire in your belly.

Naive is not a word that you would use to describe my mum. Anyone reading this who knew her will know this to be true.

But sometimes things can happen that are so bad, so unbelievable, that you either do not believe them or can’t.

The thing is, when certain things become the norm at such a young age, boundaries and lines become blurred.

When Blondy was about 12 she become involved with a group of people who, the best way I can describe them, was that they were cat burglars. They robbed houses. The main man was a friend of her dads and one day when Blondy came home this man, Tony, and her mum were sitting in the garden talking. Tony was about 40. It is hard to tell when your twelve I guess. Mum said that Tony needed “Help” with a job and that it was easy money. I don’t know what Blondy’s reply was, but it would have been something like “How much?”. She would not have asked what the “Job” was at this point because mum was there and part of it so therefore it wouldn’t be anything dangerous.

And so, it started. At around 2 am twice a week, Blondy sat in her room as several men and boys would climb   in and out of her bedroom window throughout the night, bringing with them everything electrical. TV’s, VCRs (it was 1992), speakers, stereos. They would stack them up in her bedroom and then the next evening at around the same time, the main man would come and collect them from Blondy’s bedroom. So, picture it if you will, a 12-year-old sitting on her bed, playing a computer of some kind, drinking cans of Root Beer whilst men and boys climbed in and out of her bedroom window. Sometimes Blondy and the person coming through her window acknowledged each other, most of the time she barley looked up. A few times the things coming through the widow would catch her attention and she would pull these to the side, to negotiate a price when Tony came the next day. This went on for about 3 months, on and off. And Blondy was paid every week. Mum had very little to do with it and would check in with Blondy to make sure all was well. Then, after about 3 months, Ton thanked her and said it was time to move on as delivering and picking up from one address was risky.

Does the above sound mental to you? What thoughts are going through your head?

Because of this, the lines were blurred for Blondy on terms of exploitation.

Certain “crimes” were acceptable in her world. So, when the exploitation from outside the family took place, Blondy was not sure what to do. In fact, for a long time she was not sure what was Ok and what was not.  She may not have worked that out completely until a few years later looking into the eyes of her won children knowing that she would never make that the norm for her children.

The same was true for Blondy’s mum. She was abused and exploited herself throughout her life, so her boundaries were also blurred.

Blondy’s mum didn’t have many rules but she had one main one. No drugs. This was undebatable (Not that Blondy wanted to argue it). Blondy was told from a very young age about drugs. She was told why she should not take them and the consequences if she did. Blondy knew that mumsy would not play when it came to drugs and that if her mum ever caught her taking drugs…bwoy…. there would be trouble.

Lucky for everyone I guess that Blondy never had any interest in taking drugs. She was more interested in the money that could be made from them. However, Mum also made it clear that there was to be no drugs in the house.

For Blondy to admit there were drugs in the house would have meant seeing disappointment  in mums face…so Blondy was never going to do that.

And I guess for Blondy’s mum that once she become aware of what was really going on it was almost too much to take. She would have had no one to go to. No one to ask for advice. She did not move in circles where she could reach out because she thought her child was a drug dealer. It was a vicious circle.

The professionals told my mum many times that i would be criminalsied if I was found with drugs or prof of drug dealing. There was this whole meeting about what was going to happen with me if something was proven. They told my mum what the future would hold for me if I was convicted of drug dealing.

They spoke to her like I got up ever morning, had a yawn and a stretch and thought….what should i do today…oh I know I will just pop out and sell some drugs. And they spoke to her like..if i wanted to…I could just stop at any time. That i chose to put myself in “Risky situations”

I know she never bought  into the whole “choice” story they sold her.

But she never once doubted that I would go to prison, We had that conversation several times. I told her I would rather die than be taken away from her. I screamed it through sobs many times.

And so…..she didn’t see what hurt her most….to protect the person she loved the most…..from the thing she was scared of the most…..

SPACE is a self-funded organisation founded in January 2018, in response to the national prevalence of Child Criminal Exploitation (CCE) and the County Lines phenomenon which has entrenched thousands of young children and people into serious violence and organised crime.

Its primary mission is to

*Raise awareness through unique perspective of lived-experience insight, as well as law-enforcement background, including Modern Slavery, of:

County Lines, its indicators, broad impact including trauma, and professional gaps and challenges.

Power and influence of child exploitation and grooming, including methods and vulnerabilities.

Relevance of missing episodes in children and young people;

Link between CCE, CSE and Radicalisation;

*Collaborate with charities and statutory services to enable necessary changes which will better safeguard County Lines affected children and young people, and their needs.

*Train and equip statutory and non statutory professionals including those listed below, to recognise signs of County Lines and gain an understanding of the wider context of this exploitation.

*Campaign for change in the current response to CCE. We founded and co-lead the NPIES Advisory Group (see separate tab) and are currently highlighting the disparity in the recognition and support of UK Modern Slavery victims with our UK SSSS campaign (UK Survivors Same Slavery Support).

All of the above is offered by space and is a lifeline for many people.

As an adult, it is a breath of fresh air to know there is an organisation out there not just trying to make a change…. They are putting EVERYTHING into it to make the change happen. The founder of Space works 247 to try and implement the change needed, to help as many people possible and keep our young people safe. And for that fact alone I take a bow in the direction of such a service.

But the founder of Space is one of Blondy’s people because of what she could have offered.

She would have given my mother a place to take her concerns. To here some truths. Someone to tell her that she was not going mad and not a bad mum. That her daughter was in grave danger. So many professionals asked my mum why she could not control me when in fact they should have asked what she needed to help her daughter.