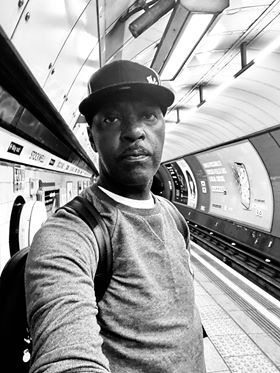 Welcome to episode 4 of Blondy’s people. You can watch the video interview….be prepared for plenty of belly laughs…

Be warned…. there is a lot of info in this blog….a lot of links…videos….greatness. So, get comfy.

Growing up I didn’t have many role models. I just had lost of people around me that I knew I didn’t want to be like when I grew up. Its hard to find good role models when you live a certain life. For me, there was no one that could inspire me. No youth worker, social worker…nothing. I found these people unauthentic and distant. From a young age I was very aware of what we now refer to as “Tick boxing”. I knew certain professionals only bothered with me because they had to. It was their job. I felt that from a very young age. The same way I could feel that certain adults despised me and did not want to interact me. One of m biggest fears is that I impose myself on people. I struggle a lot to know when I am welcome and when I am not. Then I feel awful when I realised that these people don’t like me or are being bitchy behind my bag. I struggle with authentic social interaction a lot of the times.

As a kid Blondy really struggled with this and would find herself in some very dangerous situations because she was unable to read certain situations. I have spoken on the episode 3 of Blondy’s people about how people would have tapped into my interests in a positive way that my life would have been different. But Blondy would have also required a strong mentor. Someone who not only truly understood where she was coming from but also where she could go if she worked hard.

Paul McKenzie is someone who fits that criteria. If he had been around to mentor Blondy growing up, to show her the things he is achieving and be part of what he does, there is no doubt in my mind that life would have been better in so many ways. Paul gives opportunities to those who others turn away from. He creates films that speak to the heart of many of us and that s why he is one of Blondy’s people.  Myself and Paul we introduced by a police man….true story….and we have stayed in contact ever since always swearing we need to do a project together….and here is the start of that….

As for our interview…. wellllll… You have not seen anything like this in a while. I have watched it several times and I keep belly laughing. You need to grab a cuppa, tuck yourself away and listen to the brilliance that is Paul.

Everything you see here is discussed in the video but if you don’t fancy watching what may be the funniest thing you have seen in lock down then I have also put all the info here.

So first up…Who is Paul McKenzie (Trust me, its not as smooth as this when I ask him in the video)

Paul enjoys changing the lives of hundreds of people over the last 15 years. After leaving the role of a solicitors account manager, Paul become more in tune with working with people what were less fortunate than himself, by volunteering in several youth enrichment programmes that targeted young people that were seen as disadvantaged. His role of a mentor in a primary school motivated him to pursue a broader approach to tacking challenging behaviour

With the signs of serious youth violence spanning back almost a decade, Pal focused much of his time in engaging young people on a street level His core beliefs is that “The behaviour us never the real person”. And this approach has earned him respect in the local community and communities spanning across London.

After much deliberation, Paul decided to turn his attention and pursue his ultimate passion, which was to design projects that aim to support and develop the youth in particular within his community. This gave birth of the concepts of Super You Academy, a youth educational programme , that offered after school motivational workshops free to children that were at risk of offending.

As Paul often speaks openly about the power of relationships, he prides himself for being in a long-standing relationship with his wife. Paul has five sons and understands the need to be congruent in his approach to helping other young people to overcome challenges they may be facing. Paul remains proud to have contributed to some major changes in the way we address specific issues that challenges communities, especially the challenges that affect our youth.

This is what Paul had to say….

This is a great opportunity to help in the safeguarding of young people. With traditional social media platforms, constantly being used to groom, abuse and promote undesirable content we think we have the solution.

Our children are addicted to communication via an app or a smart phone and they have no real way of understanding how our emotions have an impact on the wider world. If we are not emotionally motivated, then we become robots.

Modern social media platforms are created to provide an emotional crouch for us in our greatest times of need. When we need friends when we need support and when we want to find love.

Platforms such as FOAM will have a wide reach as people are becoming more acute to fake news and online abuse. For the victims of crime, this is the perfect space for them to feel safe knowing that the content and moderation is purely focused on the wellbeing and protection of the registered user.

We have a points system. Every time you use the platform you gain points. These points are like charity points. When you accrue a certain amount, which is earned by simply using FOAM you can donate that amount in money, which we will do

OK…..Paul, tell us about your films….

I have worked with young people for over 25 years. My role has always been to bring out the very best in every individual. I have used a variety of methods from shouting how much change is needed to working with an individual’s specific need.

Many of the young people that I have worked with have gone onto become the best versions of the themselves. They are working, parenting, and giving back to their communities. This is my vision on what I call beautiful.

Over the past three years my focus has been to use film as a method of helping young people to see that they have great potential in front of and behind the camera. Teaching them that when they see themselves performing at their best, they only have to transfer that into their everyday lives and they will experience true growth and change.

In 2019 I challenged a group of young people to take part in a short film that would change the narrative about mental health just being something that adults have to deal with. I also promised them that they would stand in front of an audience at their own screening and have the opportunity to speak openly about their journey making this film. They accepted the challenge and agreed to spend their half term focused on this project.

I almost cried when they turned up every day and stayed late into the evenings making sure that they performed in a manner that would portray a powerful message to help other young people learn about the early signs of mental health problems.

We completed the filming in exactly two weeks and their journey began.

The short film SICK was screened in a local community centre to a packed audience of young people, adults and mental health practitioners. They stood tall and gave their testimonies with confidence.

I decided that, they could go even further with this project and turn it into a workshop and training tool. To date this short film has had nearly one hundred thousand views on YouTube and they have attended numerous colleges and care institutions to talk about mental health and the signs.

When you embark on a great project like this, it is always good to push for even greater excellence. During September 2019, I was bought to tears when the short film was screened at the National Gallery. This was the first short film of its kind to be screened there. This made history as the film was screened during Black History month too. The cast members again had the opportunity to speak to an audience as part of a Q&A.

Since this we have made a number of short films that address the reality of growing up as a young adult in today’s society. Towards the end of 2019 we completed a short film that addresses serious youth violence. The short film also have opportunity for young people with challenges with ability to take part in a project that they will own. The cast members included a young man called Abdi Omar who was born with cerebral palsy. The opportunity helped him to overcome the stereotype that people with disabilities cannot do acting. Three of the other cast members are autistic and they were also able to contribute fully towards the making of this short film called Crippled Karma.

We spent more time looking at aspects of intellectual property and the legalities of owning a short film as apposed to placing it onto a platform that takes all of the ownership rights.

This film has also been entered into a variety of film festivals. This way each individual has ownership of the films outcomes.

The film highlights the challenges of grooming and the levels at which individuals will go to to manipulate others.

Due to the current situation with Covid-19 we decided to complete the project and donate part of the proceeds made from screening to the NHS and key-workers that are risking their lives to make sure our communities are safe in the Pandemic. The young people were brave enough to also help vital services such as food delivery and support during this time.

The short film “William’ is now complete. The remainder will be used by the young people to help them finish a film project that focuses on the dark side of social media.

We are excited to be screening this film.

Please donate if you can as it will go so so far, if you are not in a position to do so, please understand that by sharing their story you are showing extreme caring.

Love and power to the people

Watch the trailers here for Crippled karma and Sick: