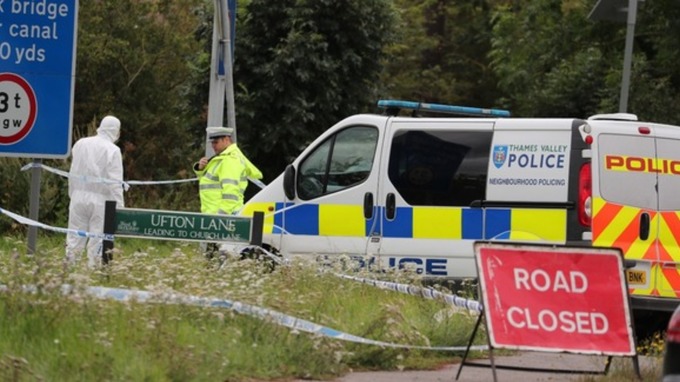 This blog is not meant to be disrespectful  in any way, however, some people may find it disrespectful. And that’s OK. Just know I would own it if that was the case.

My 10-year-old daughter is being assessed for ASD. She may or may not end up with a diagnosis. But one of her ‘traits’ is that she is very black and white. Very literal. Example…. I once was being civil to someone I do not like and in the middle of the conversation my daughter said, “You said you don’t like Jane Mummy, why are you smiling at her when she talks”. I could have said “don’t be so silly” and made out my daughter was just being rude. I could have. Instead I said, “Your right, I am trying to be polite to Jane, but your right, I did say that”. That’s my daughter’s way.

I took her to Windsor the other week. We arrived at Windsor castle just as the changing of the guard was due to take place. Lots of people lining the streets and we got a great spot. I started explaining as best as I could to her what this meant, the changing of the guard. She noticed that there were 4 heavily armed police in the street as well, holding guns and such as well as about 10 police without guns and 15 or so PCSO’s walking about. There were a lot of people there and when someone announced that they guard were coming there was a hushed silence and you could hear them playing their instruments from afar. People only murmured as we all waited quietly. Then…very loudly…my daughter’s voice

I presumed this question was about the instruments or something, so I whispered, “Why what”? I looked down and she was on the brink of bursting not tears. On no. A break down. She often has these when she can’t express herself. She will cry. She will become angry. And she will shout. I tried to lead her out of the crowd, maybe it was too much for her. But she pulled my hand away. The she shouted (Very loud)

“Why does the queen have people with guns protecting her or whatever is going on”? “Why is she so important”? . I tried to hush her, said we can talk over here ,away from everyone (there is no talking when she has something to say) “No Mummy, it’s not fair. Lots of people get hurt in London. You know that. So, how come all these people are standing right here the police have guns…for the queen’s house…what about normal people? Aint we important that people want to keep us safe like this as well”?

If you have ever met my daughter, you will know that she is now demanding answer. People were looking (they always look…as if I care). The band was getting closer and people were looking at us. “Mummy” ….” Why…why are not all the people important”.

I had no answer for her. Then an American voice said, “She is right you know”. I shot a evil glare at the man who said this (Don’t encourage her dear God) and then this little old lady said “She is right, like to bloody see a police man round the shops when I need to get milk in the evening”. The American man put his phone down that he was taking pictures with and said to the lady with him “The kid is right”.

And now I brig you on to the part that people may find disrespectful. I can only once again say I don’t mean it this way.

Today all-over social media and the press is the sad news that a police officer PC Andrew Harper was killed on Thursday. Ten people have been arrested aged between 13 and 30. HereRead about it

All in different stations over the country. They are going to be held accountable, we know that for sure. Damn straight the people who have done this must be punished. It’s devastating that this man was doing his job and he was killed. Shocking. I am sure that all 10 will be dealt with and charged accordingly. And do they should be.  Of course, PC Harper is described by his family with love and they speak about the future he could have had. I hope that Andrews family have much support during this time.

But what about Glendon Spence?

Glendon was also murdered this year. Stabbed to death. People I know were with him as he took his last breaths and said he was nothing but scared. There is nothing to imply he was in a gang. Or t say he was doing anything criminal to cause his Murder. No…he is not a serving policeman…but it appears he was just a 23-year-old man who…for whatever reason, was murdered. 3 days ago, this was published:

Don’t even get me started on how long the ambulance took to arrive. Where was the prime minster saying that she found his death tragic? Does Boris Johnson even know Glendon’s name? Or is he just another number now? Glendon had a whole future in front of him too.

So, what about him. Him and all the others that have been murdered this year. This is not trying to take anything away from what should happen to the people that killed that police officer.

I just want it to be fair. I want to be able to tell my daughter that no matter if you was say…a cleaner, a support worker, a nurse….or if you are a police officer or political figure…that if something bad happens to you , we all get treated the same. That the queen house is not more important than our house. That everyone’s safety s important …equally.

My daughter was home the night we found out Glendon died. She was part of that process. Se asked lots of questions about how he died and questions after about what will happen to the people that done it.

She asked me if I think it will ever happen again. If now that someone like her brothers’ friend had died, then maybe the prime minister will do something. She said that. My 10-year-old.

I hope that I can tell her that the sad loss of this policeman will see change. Will see something done. I want to tell her that weather you’re a police officer or a 23-year-old Black Boy from the ends…if you are murdered…then there will be the same media coverage….the same mark of respect…the Prime Minster saying that the death is shocking and offering his condolences….then the same amount of effort will be upheld to make sure the right people are held accountable.

I hope that we will see more police on the street. Not just outside the queens house. Outside the old ladies house who is too scared to get her milk. Police on my streets  not getting hurt for just doing their job. Children and young people not being chased down and murdered and then getting a casual mention in the press.