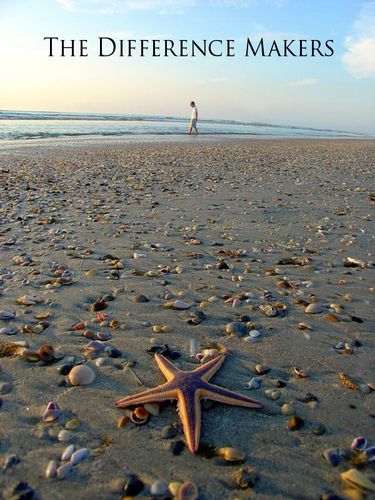 Today we have a guest blog that needs to be posted right away. May is mental health awareness month and you are not going to get a better insight into mental health and schools than this.

It’s an anonymous blog. Has to be. Just like the police person who spoke out about county lines.

I think if people really knew what staff had to deal with on a daily basis…I mean…really knew…it would make their blood run cold.

Today’s blog is by someone who not many people really know. I think they like it that way. So….lets hear it from the horse’s mouth shall we…

As a child I was abused.

I remember what it is like to be made to go to school with the toes cut of my shoes as I was not allowed new ones as ‘I had grown out of them too quickly’, what it felt to be called smelly at school because we were only allowed baths twice a week, what it felt like to be scared of going home, of being hit with a hammer and rake, what it felt like to be touched, the fear of wondering if this time he would kill me and then thinking that death would be for the best because at least the pain would stop.

I remember not fitting in. I was too clever to be with the ‘bad’ kids and too bad to be with the ‘good’ kids. I was permanently excluded from primary and threatened with exclusion from secondary. I stole, I broke into factories and yet wouldn’t burgle a house because that was wrong.

Oddly I would not change anything about my past as it has made me who I am today.

Fuck. That is simplistic. I live with depression, I regularly have to fight the desire to kill myself, I regularly feel worthless and useless. I feel guilt about the things I have done over the years and wonder if actually the world would be a better place without me. This is despite having children and a partner who are amazing. And yes, this makes it feel worse as I think how could I, in the position that I am in, feel like this. I also know so many children and adults that have been through stuff that I can hardly imagine. So? what right do I have to feel like this?

But this past drives who I am and what I do.

I care about the kids that I work with. I want them to have the chance to be a success. I hear about their stories, things that would break your heart and I do my best to give them what they need. But sometimes I just feel overwhelmed by failure because we fail.

x who has lived in a cuckoo house his whole life. Sent out, regularly by his mum, to ‘get money’ for the meter. Who then threatens another child with a knife. We don’t throw him out of school because doing so would destroy him. But we have to live with the fact that he goes home every night to a situation that is just wrong.

x who lives in a home where there is serious domestic abuse, who goes missing and phones the school because that is where he feels safe. Who assaults staff, including me.  Again we refuse to give up on him, we refuse to exclude him. We will not be part of the problem. But we have not changed his life, he still goes home to the same issues and is so angry that he kicks against those who want to help him.

We know that when damaged children do awful things they are still children and need to be helped not punished. We know the pain that our children go through. Pain that no one should experience yet this county allows to happen to its children.

We know that victims are also perpetrators. That the children we are talking about can be dangerous. That they can abuse others, that they can pull others in to the same cycle they are already in.

But how do you balance the needs of a group of damaged, vulnerable and dangerous children with the needs of the ‘majority’? How do you take a decision to protect the majority knowing that it will destroy this child. I am not exaggerating sending a child, particularly a vulnerable child to the PRU. Is knowingly choosing to destroy their life.

A sensible headteacher would permanently exclude. Would say I need to make decisions to make my staffs life easier, to make the school safer and to support my exam results.

But I can’t do that. I know the difference we make. A few years ago I learned about a research project where a psychologist had looked at why some children who suffer hideous abuse survive. What she found was that every child who survived had someone. One boy who was systematically raped by his father and his fathers friends said ‘it was the lollipop man, he knew my name and every day he smiled at me and said hi”

Knowing this how can we give up on children? School is often the most safe and stable place that our children know. They have adults who care, who know them and want the best for them. So how can I destroy that knowing what it might mean?

Well I can’t and I don’t. Instead we try to manage the risk. We do this knowing that if goes wrong that other children may be harmed. It is no wonder that I struggle to sleep!

So here I am broken. Wondering how children are manging tonight. Disgusted that I cannot keep them safe. Trying to balance impossible choices.

Ofsted say that we are shit, as does much of the local community. Why? Because we are doing our best with some of the most troubled children in the county, because we refuse to exclude because to do so would be wrong. Even if doing so would help our results. We refuse to play games even those these games would help us with league tables.

But we respond, I hope, as a loving parent. When your child falls short.

You care enough not to let them get away with it.

You care enough to support them to succeed even if that sometimes means punishing them.

You don’t however reject them

So, when a child’s circumstances mean that they cannot arrive in uniform. We buy the uniform and we keep it at school, washing it as any parent would. Suddenly this child can be in school with their head held high.

Unfortunately this stance means that you piss off everybody.

Lefty liberal types think that I am a draconian twat who doesn’t care about children. As if I did I wouldn’t care about things like this.

Right wing types think that I tolerate the unacceptable.

I am not special. I don’t know all the answers, I am scared of Ofsted, I wonder if I will get sacked and what this will do to my family. I worry that I am not up to the job and most of the time I feel torn, ripped apart, how do I balance the needs of this child, with the needs of the other children, of staff that work hard and don’t deserve to be abused.

I find myself wanting to give up when we have complaints, when I and my family are threatened when I am misunderstood and accused of not caring.

Who love them when they are, frankly, unloveable.

Who bring their own pain, experiences and passions to fight for every child.

Who know that even if we cannot change the tide we will make a difference to this child.

The old man noticed a small boy approaching.  As the boy walked, he paused every so often and as he grew closer, the man could see that he was occasionally bending down to pick up an object and throw it into the sea.  The boy came closer still and the man called out, “Good morning!  May I ask what it is that you are doing?”

The young boy paused, looked up, and replied “Throwing starfish into the ocean. The tide has washed them up onto the beach and they can’t return to the sea by themselves,” the child replied. “When the sun gets high, they will die, unless I throw them back into the water.”

The old man replied, “But there must be tens of thousands of starfish on this beach. I’m afraid you won’t make a difference.”

The boy bent down, picked up yet another starfish and threw it as far as he could into the ocean. Then he turned, smiled and said, “It made a difference to that one!”