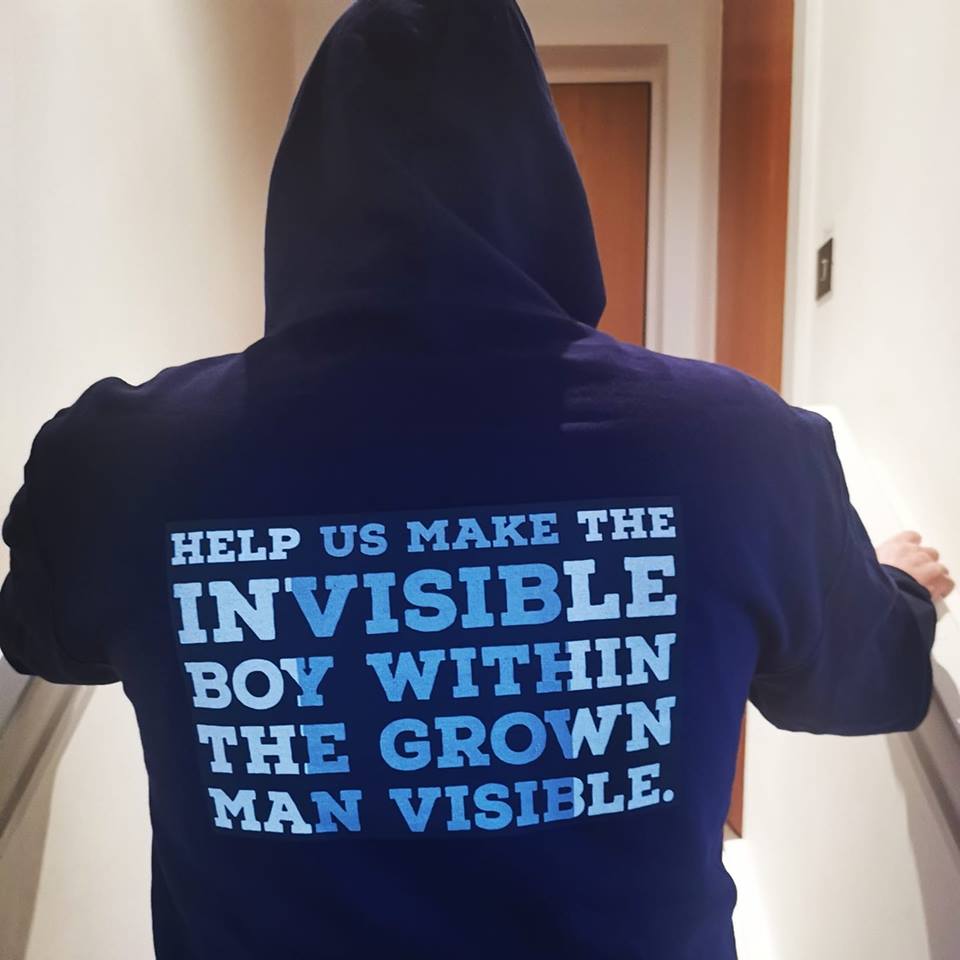 When we speak of Child sexual exploitation, for many people, your mind’s eye will create a few images. Lets say I want you to visualise the following situation….14 years of age, just realised that there is one way they want you to pay the debt….sex….you don’t even know how you have accumulated so much debt ..but they say you have. Your taken to a house where you will “Pay your debt”. You are taken into the house where there are a few men. You are told to do sexual things with the men and if you try and resist then you are quickly remined of why you are there. You end up in a room with 2 men and they make it clear what they want.

What if I now say that the 14-year-old is a boy called K.

Like it or not, whilst reading that I am going to say that 90% of you had a girl in your mind’s eye. Even though the word boy is in the tittle of this blog.

When I first started working within child protection, when I was very new to it, I started working with a boy. We will call him K. K was involved with Gangs. His family was involved with gangs. All his family were exploited by the gangs in one way or another. Anyway, K was tiny. He was 13 but the size of a 9-year-old. Mixed race boy who always had his hair plated back. He was always in trouble. I spent a whole term keeping him in my room playing cards because he would try and fight everyone. And then usually get beaten up because he was so little. I worked very close with this boy.

Then he went missing. It was Friday morning and his brother said that he had not come home last night. Very out of character. I panicked. I knew that he would not do this. He must be kidnapped. His brother said no…he often goes missing over the weekends! I was so shocked. This had never been mentioned to me by anyone. I called home and mum did not care. She confirmed that he often went missing. I was going out of my mind with worry. One of my team asked why I was panicking so much. I said because all his mouth and anger were show and were ever his is right now, I felt he would be scared. They didn’t know him like I did. The police were called.

By the end of the school day on Friday nothing had changed. No police had come back to us. Mum was not answering her phone. So …I just went home.

On the Saturday evening, around 9 pm, I was outside my flat sitting and talking with friends. It was a hot summers evening and people always sat out. People started chatting about what had just happened in the estate next to ours. Said some little boy had been found in a house with a “Nonce”. I just knew. I just knew.

Someone had called the police on Saturday night. Said that they thought a young boy was being harmed in a flat. When the police came, they found K in the house. I won’t go into details, but I hope the men in that house burn in hell. K…in in interview later…said that one of the men had been giving him “Free” weed and fags for ages. That they let him come in the house all weekend and smoke for free. Then they stated chatting about him paying them. There were other children and young people involved as well. When asked how K meet these people…he replied…They are my sisters’ friends. She had been exploited as well.

K came back to school and his behavior was worse. Of course. During professionals meeting they said that K would not acknowledge the sexual element of what had happend. I pointed out wouldn’t…or couldn’t… He was a little rude bwoy. Was always with the man dem. Always telling me about “Being on road”. We had a brief conversation about it once where he spent 40 minutes telling me why he was not gay. No one had mentioned it. We were playing cards at lunch time and he spent the whole time telling me why he was not gay. I explained to his that just because males sexually abused him does not mean he is gay and also if he was gay then that was OK. He made like a huffing sound and said “Miss, you can’t be a batty man where we come from”. I dis not answer. I told him not to use that language. He got angry and started becoming disruptive and then said, “And I was not fucking abused, I fucked up and them idiots caught me slipping…I was not fucking abused”. That was one of the last conversations I ever had with him. 14 and he blamed himself for his abuse. So, confused on how he felt about the whole thing. I often wonder what he is like now. Where his head is.

I learned a lot of lesson from that case. A lot. The most important was this, I was trying to safeguard this child against gangs, drugs, guns. I did everything in my power to teach him about being safe. I spent hours with this kid talking about many things. And I never ever once addressed CSE with him. Even though I had personally seen boys being exploited growing up, I didn’t do that work with him.

That was a long time ago and like I said …I was still learning….

In all my years of working with children and young people, I have worked with 4 males that have been the victim of child sexual exploitation. I mean I have worked with a lot more than that but 4 that it was recognised and addressed. Not one single male has ever disclosed to me that they were being sexually exploited and the 4 I speak of only came to light because of someone else informing people.

In all the years that I have worked with children and young people, all the cases… only 2 males have ever disclosed that they were being sexually abused. 1.

Sexual abuse and Child sexual exploitation of males is still hidden to some extent. And it kills me.

I have a friend who changed his name some years ago to distance himself from the abuse he suffered.

I have watched men destroy themselves with drink and drugs trying to escape the shame they feel around sexual abuse.

The men I have spoken to say that there is more support for female survivors of CSE and other forms of sexual abuse than there are for men. Are they right?

Let me introduce you to Shatter boy.

Shatter boy UK (and now also Shatter girl) Is a peer support group for adult survivors of child sexual abuse. Male sexual abuse. When I came across the group, I was like….no…really. I felt like I wanted to cry. Because I know so many males that need this. So many men that either won’t speak about the sexual abuse they suffered or speak of it in shame.

Shatter boys is a survivor-led project based in Manchester who are using their experiences to encourage others to speak out, find support, reach out or just read about others experiences so that they know that they are not alone. That sexual abuse of a child…male or female…Is never the child’s fault.

There is a link on their twitter HERE that takes you to a page that tells you why they do why they do.

When you start reading through the different links and such its shocking to read how many of the men say that when they did speak out, they were often asked why they didn’t push the attacker away. Fight back.

Shatter boys strap line is …Making the “invisible” visible. And they are certainly doing that! Just look at this video from a support group that they run: I am a invisible Boy

Shatter boy have taken things to a new level. They are hosting an event: Making the Invisible, Visible Photo Exhibition.

This is a two-day exhibition collecting the photographs from the online Invisible Boy and Girl campaign. The exhibition is designed to raise discussion and awareness around CSA related issues. The exhibition will run from the 10th -11th May. 2019.

This is what they say about the event

Background
It is a common experience of adult male Survivors that when they speak of their childhood abuse to friends or family, because of their mature size and strength, are often asked: “How could they have allowed this to happen?” Or “You’re so big, surely you could have defended yourself?”‘

The unfortunate inability of institutions and communities to fully comprehend and relate to the “Invisible Boy” within the mature adult survivor not only hinders recovery and healing on the parts of survivors, but also contributes to poor criminal conviction rates of abusers.

The Invisible Boy campaign
On the 20th February 2019 Shatter boys began an Online campaign to help local communities perceive, relate to, and make themselves more accessible and receptive to the “Invisible Boy” who walks around inside the mature, grown adult.

Watch this video…turn it up loud…and give a nod of respect to these superheroes who are no longer invisible: Invisible boy project

The campaign they speak of is people posting pictures of “Then and now”, So you are no longer invisible. It is open to men and women. Its about showing others, weather they speak out or not, that they are not alone.They are not invisible.  #invisibleboy #invisiblegirl.

What these people are doing is something that I strongly believe in. They are giving people a voice. Something as you all know I fight for every day.

You know me…I don’t talk….I do. I have joined this campaign and I will never be an invisible child again…mouth is way to big nowadays.

If any of the above has caused you distress or you are looking for help and support around these subjects then the following can offer support: