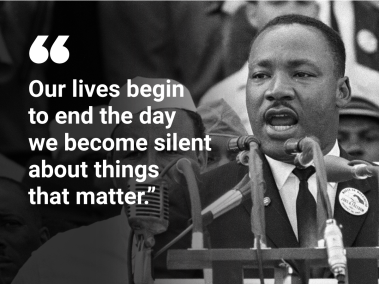 “Our lives begin to end the day we become silent about the things that matter”- Martin Luther King.

The above quote by Martin Luther King was how Sammy finished her talk at the gang’s conference on Wednesday. And for this blog…sorry Sammy…but I need to nick it for 5 mins 😊

It’s been a crazy few days but wanted to let you know how the 2018 Identity and Belonging Conference went….and raise a worry I have.

The conference was amazing and the people that hosted it, Including Dr Jane Wood, made it a very exciting day. The flow to the day was good paced and when Sammy Woodhouse spoke you could have heard a pin drop.

The event was an excellent way of highlighting the need to support our children and young people who are at risk or already exposed to gangs and CSE in Kent. Dr spoke about the long-term effects of being involved in gangs, even if you leave at a young age, and I found that very emotional.

Nick Wilkinson spoke about the more strategic work taking place and I like hearing that the gangs and CSE issue is now being recognised as a worry and something that we need to work together to change. When Nick spoke, it was kind of like the wise old owl speaking (Not that old soz Nick). But when he spoke you could do nothing but nod because he knows what he is talking about.

So here is my worry.

When it was my time to address the crowd of about 100 I asked a simple question.

Hands up if you think there are gangs in Thanet?

Now, this was initially a sort of joke question to get the crowd engaged. But…not everyone’s hand went up. It threw me because we had spent the entire day talking about gangs and CSE in the area. We had people speaking about what needs to be done and such. It has been in the press for weeks. Plus, it’s kind of in your face if you look around.

Anyway, I addressed this and said, “shame on you if you did not put your hand up”. I was …confused. On reflection I guess that I must maybe realise that people may not see the things I see. Or hear the things I hear. Maybe.

Being a front-line worker, I forget that some professionals may not come into contact with gang culture or Child sexual exploitation daily. And it is the role of those who do know to educate those who do not.

So, I am going to put it out there. And I am happy to hear what people have to say.

There is an issue of gangs operating in the area I live in and there is CSE taking place. At anytime I have evidence of this, I ensure that it is reported in the appropriate manner. I know there are gangs operating because of what I see and hear. Drugs are being sold, young people are being groomed, weapons are being carried, county lines are being operated, child sexual exploitation is taking place, gangs are coming in from other areas, people have been attacked.

I could use this platform to talk about the nice parts of where I live. Beautiful beaches, nice people, good schools. I could list lots of stuff. I am not saying Thanet is running wild with guns in every street in Thanet. That would be madness.

But we have some of the most deprived streets in the UK.

Imagine, for arguments sake…. Hypothetical of course….. imagine that there was say, I don’t know, A gang support worker. And this worker wanted to shout from the roof tops that there was a gang and CSE problem in her area. And although she did not have all the answers to the problem, she believed that all agencies working together could give it a good shot at changing things for the children she worked with.

And imagine, for arguments sake, that those above her had tried to speak out about the same issue. People with a lot more clout that her, say…her boss and her bosses boss… just a random suggestion. Imagine they had spoken out about this and people all around had tried to shut them down. Tried to say that there is no gang and CSE problem.

Imagine that gangs’ worker had to listen to a 15-year-old child talk today about things that they are seeing on the streets they live in that means that gang’s worker has took herself to bed with her laptop because she… or he… can’t listen to it no more…The constant argument about she said he said about gangs and CSE.

She can’t take no more for today.

That gang’s worker would be feeling…I would imagine…sad, angry, scared, confused. Probs gonna spend tonight looking at strategies to support the young people. She or she may even spend the night reading the Kent and Medway Gangs strategy, Our Approach to Ending the Criminal Exploitation of Vulnerable children and Adults by Gangs 2018-2021. They may even read the section that talks about the recognition of gangs in Kent being an issue. If there was such a line. I have attached the link for the above document just in case anyone would like to read it. She or he would read this, I would imagine, to try and end the argument of “IS there gangs in Kent”. SO that people can move on from that pointless argument and concentrate on the real issue. The lives of our children and young people.

I mean look how many people tried or are trying to shut Sammy Woodhouse up. When she has taken it through the legal system and back again. Imagine if she had been silenced. Imagine what we would not know!

Anyway, lets move away from all that.

So, this is one of my interactive blogs. Hands up if you think there is a gang’s problem in Kent? I would love to hear your views.