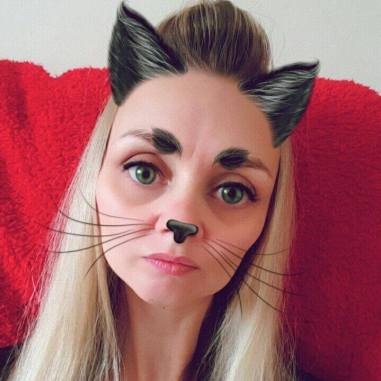 Today someone said to me “Kendra, you should write a book”. This person, let’s call her Kat for arguments sake, Kat said this out of nowhere and I was speechless for a moment. I hate compliments at the best of times, but when I don’t know they are coming I really struggle.

I mumbled “thanks”. Kat said that I know how to write. That people listen to me. That when she reads my blogs she feels emotions. There is not much more of a higher compliment that someone saying that your voice matters. That they want to hear you.

Also… if you remember from a previous blog (If not go back and have a read) English is not my… best subject. A combination of dyslexia, a short attention span and low confidence in that area means that writing a blog was and is a very big deal for me. Also, the blog was never planned to go se deep into what I think and feel.

This is not the first time that people have suggested I write a book. It’s been said many times. I can’t see what people would get from it to be fair. There seems to many people writing books about their journey through life. Do I want to write a book, pour out my emotions, feelings and fears into a book and then see it on the shelf in the pound shop a year later! Na…. not really.

Kat said that she likes my style of writing. That I can hold people. She does not know me well. She has no agenda to come and say that to me and from what I see of her she is black and white. So, it’s a straight up compliment! I will take that.

When I thought about it, and talked with my friends, I could see that my words can be very powerful at times. I talk with such conviction that if you ain’t going to listen to me then you better get out my way because I will find someone who will. My words are straight. I don’t like to talk about people. If I have a issue with you , 100% I will come and say what I need to. I will use my words to advocate for thoes who can not.

My words also get me into lots of trouble.

I thought about what she said and what others have said over the years. I put it out on Twitter and such a few hours ago, saying would anyone be interested in little old me writing a book. One person said something that has struck me. They said that everyone should write their story somewhere. That everyone has a tale to tell and if learning of any kind can come from your story… why would you not share it.

I guess for me, I have always avoided it because … well… its kind of murky.  My childhood. My teenage years. Wait… my childhood… that would be over in like 2 chapters!

I wonder if people are just nosey. Want to gawp at the gang girl. Hear the horrors of the street. What if some people think I deserved some of the things that happened or, worse still, can’t forgive me for some of the sins I have committed.

But then again, once its said its said. And I never did care about what people thought about me then… so should I now.

If I wrote a book I could hurt many people’s feelings. I could make many people feel shame. But would there be learning from it, Yes. all day long.

Like I always say… If you know something wrong is happening to a child or young person and you do nothing about it… your as bad as the perpetrator. Just my opinion.

So, people… Time to get talking… Is it time for me to expose a few people and talk about Blondy…  the little girl who was raised by the streets….