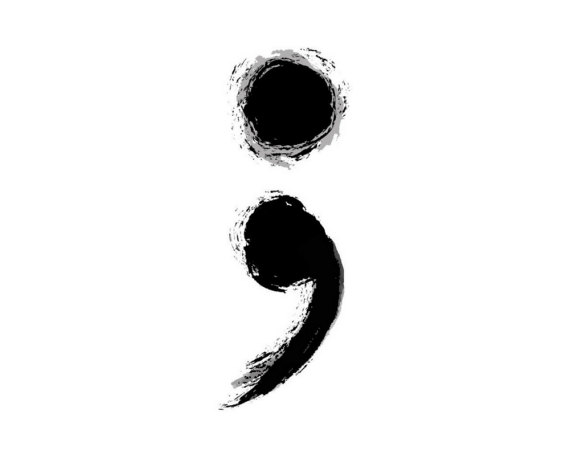 When I started working as a family support worker I would have to work with all different agencies when working with a family. One of the main places I would have to communicate with was schools. The lady I am talking about was a FLO at one of these schools. When I first contacted her about a child I was working with it was clear that this FLO knew her stuff. I raised my concerns and this FLO evidenced them. She was on top form in meetings and we had a good outcome for the family.

This FLO was very confident. I remember she challenged me in a meeting once and it made me stop in my tracks for a second as very few professionals would challenge me like that. I remember smiling at her at the end as a sort of acknowledgment that I had respect for her.

She left the role and became a family support worker. Not for the same company as me but in the same area. I remember being at a meeting about outcomes and I would always hit in the top 5 in my area for the most outcomes. A few times her name was mentioned by other professionals that she was hitting top targets for her company. It’s a hard job, an intensive family support worker, so to hit targets and do a good job is something to be proud of.

She came into the office once, this lady, and she had these wicked tan shoes and matching bag. She was laughing with someone and even though we were in east Kent her London accent was strong. As she walked away someone said “She is such a strong woman. She is a single mum to 3 kids, works full time and always looks so smart”. I said nothing, as it was not my conversation but silently nodded in agreement.

Months passed. I was given a new case. It was a mum and 2 children.  Mum had into huge debt. The referral had been made by the school because mum had come to them almost daily asking for food bank help, help with school dinners and such. There was also concerns around drugs as mum had picked up the kids several times looking like she was on something. Same old same old.

I went to the address on the forms. I remember that it was a very hot day. I couldn’t find the house because it was in a nicer area than I usually had to visit families. I remember walking down the toad to the house and thinking “hat I would give to live in one of these houses”. I found the house and stood outside. It looked…bleak. I can’t explain it but the house just looked wrong compared to the others on the street. I knocked a few times. No answer. The primary school of the two children on the form was around the corner. I took a walk to speak to the FLO before ending my day. When I arrived at the school the FLO said that they had not seen the children in 11 days. They they were going to contact social services. Something felt wrong, so I walked back to the house and knocked again. And again. And again.

Suddenly the door flew open and there was a woman. Her hair was a mess , maybe her clothes ewer too but I didn’t notice because all I could see was how black the women’s eyes looked. Not black eyes like she had been hit. Black like she had not had sleep in a long time, and if sleep did come it was painful. She said “What” and I explained my role to her and the concerns. She said, “I bet you are loving this aint you Kendra” and closed the door. I just stood there, confused. And then I realised that it was her. I looked down at the paperwork and read the name again. It was her. The strong confident FLO. The one who made everyone laugh. The one who people talked about being so strong.

I just stood there. Then I walked away. I called my boss and explained and said that I didn’t feel I could work this case because I knew her. That was agreed and someone else took it over the next day. It played on my mind for ages. I wondered what had happened. I heard through various people that her older son had moved back to London with his Dad at some point, hence why the referral was only for 2 children. I put it to the back of my mind. It was a bit too close to home for me. Single mum of 3 losing it. Even writing that now makes my breath quicken for a hot second because …. because it could happen.

That was 4 years ago. No one even speaks of that women now. Its like she never worked in our sector. It can be like that, when you work with children and young people, high turnover of staff means that names can be forgot quickly.

3 weeks ago, someone told me that she had died. No one knew how at first, but it came out that she committed suicide. Apparently, she had taken out quite a few loans over the years and had got into debt. Not a massive debt, but enough that every month became a struggle. She had started taking drugs. I don’t know what drugs, but this had happened, and she had started to neglect the kids. Little things at first and then some major things. She was having lots of time off work, mainly due to feeling so low and she lost her job. So now she had debts and no job. And addiction. And 3 kids.

Being suicidal is something that…..that I understand. Many people see it as being cowardly or weak. I see it as being so exhausted, so scared, so overwhelmed that you feel like you just….. Can’t do this anymore.

Could I have helped her? I don’t know. I don’t think so. Did I try? No, I gave the case to someone else because, ok to be honest, I felt embarrassed for her and I felt embarrassed for myself.  Its not I didn’t care, it was more like this is too real and I can’t deal with it. Even if I had tried to help I don’t think she would have taken it from me.

Although, I hope that people wouldn’t give up on me like that.

Suicide has such a impact on people. Those directly affected of course, but also others who are on the outside.

What ever her reason or the circumstances, the news was very sobering and made me put myself in check. I still see her as the strong single mum who was trying to juggle everything when she had nothing. As I just wrote that last line I felt myself once again give that silent nod of respect;